Machu Picchu was built at the height of the Inca Empire and abandoned only 100 years later. "The Lost City of the Incas" is a World Heritage Site and was voted one of the New Seven Wonders of the World in 2007. While exploring the many temples, sanctuaries, parks and residences, make sure to visit such archealogical treasures as the Intihuatana Stone, where it is said a sensitive person can see into the spirit world, the Temple of the Sun, and the Room of the Three Windows. 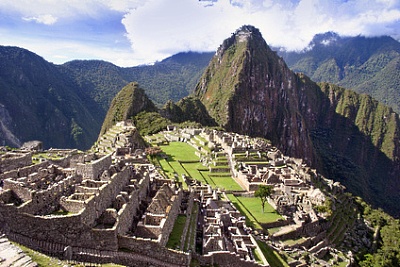